Today was an odd day. I woke up with a roaring, pounding headache before my alarm was supposed to go off. I seldom get roaring, pounding headaches but if I do, I get them before I wake up, and am usually able to sleep them off. This am I txt my boss to tell him I would be late and ended up going in about 1.5 later than normal. But the funny thing was, I couldn’t remember if I had taken ibuprofen or not. I remember in the hazy first awakening to the pounding thinking that the pills were in my night stand and I could just reach over and grab them. That must’ve been my last coherent thought because I was definitely dreaming that I had poured them out into my hand and thought, goodness, I don’t need 5, just 2. And then I dreamt that I had them in my mouth and accidentally started chewing them. And then quickly swallowed them.

So when I woke up a while later the headache was pretty much gone but I couldn’t figure out if I had actually taken them or not. I finally concluded not, because the bottle was underneath a paper in my drawer and I couldn’t have found them without getting out of bed.

What a beginning to day! But then I met Sharon and Sandra (with Lois coming later) for lunch at Sybils for some fine southern food, especially because Sandra is here from faraway Indiana and loves the chance to have some southern comfort food while she’s here.

And then tonight just before I left the office my sister called and said they heard on the police scanner that their was a “woods fire” on the street behind our house. I couldn’t get ahold of Lois and figured she was sleeping to get ready for night shift. Turns out that a strong gust of wind that came in with the thunderstorm (yay, we got a little more rain!!!!!) knocked over a dead pine tree in the neighbor’s yard and took down an electric line, which was laying in the parched grass, which started burning. Thankfully they were able to put it out, but we were out of power for an hour or so until the electric company got it taken care of.

Really, that has nothing to do with wildflowers and hill country in Texas but today seemed like an unusual day so if my post seems odd, you’ll know why.

So to get on with Texas travels ….. the Saturday we were out there some friends from Lott and Bastrop came down and we did a loop up to Fredricksburg and down a scenic route through the hillcountry. 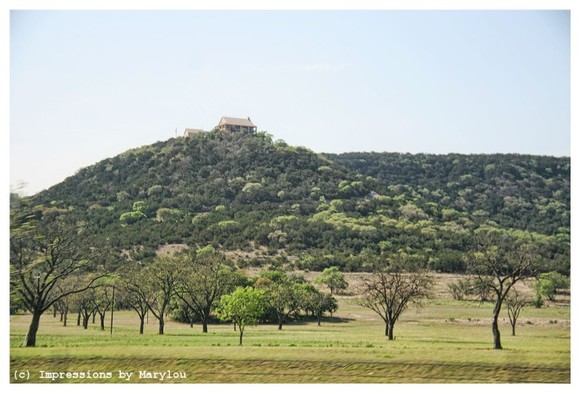 We knew before we went out that this was not a good year for bluebonnets but didn’t realize just how bad a year it was until we saw the very, very dry part of the state. We can sorta feel their pain as our late spring/early summer has also been very dry. 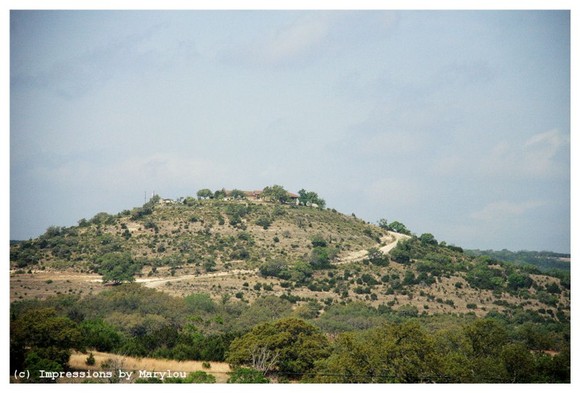 We only saw a few patches of wildflowers beside the road and most of them were primroses. In Fredericksburg we went to the Wildseed Farms, as recommended by Christy.

A farm visible from the Wildseed Farms: 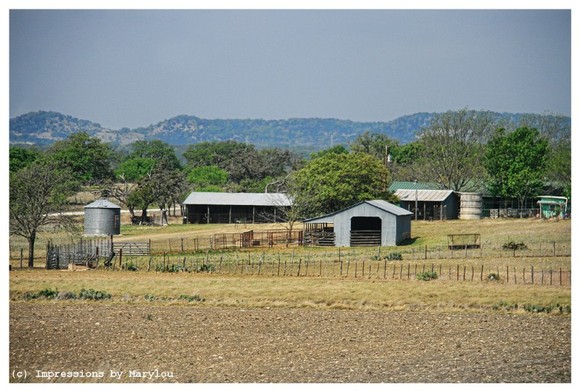 There we saw a few small patches of bluebonnets, that were a bit past their prime. But were so glad we went, as these were really the only BB we saw! 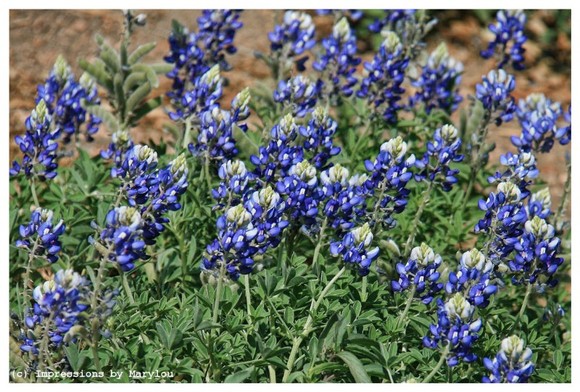 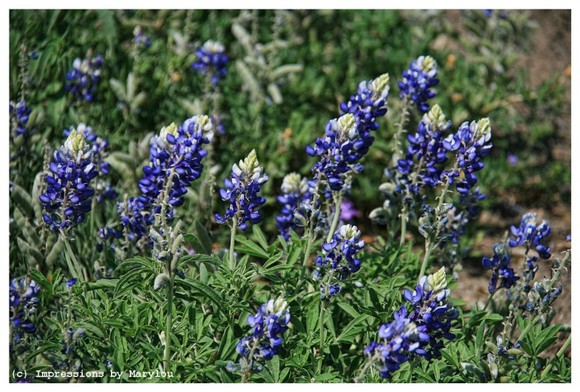 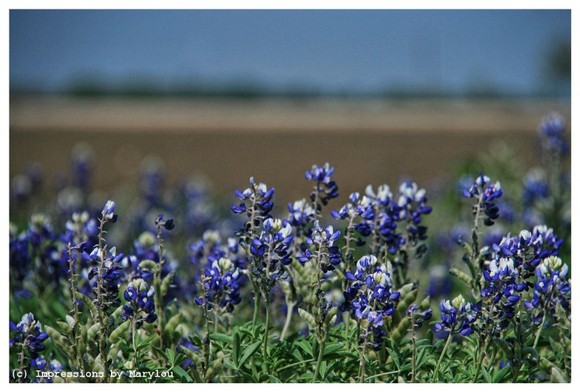 Red bluebonnets or are they called Redbonnets? 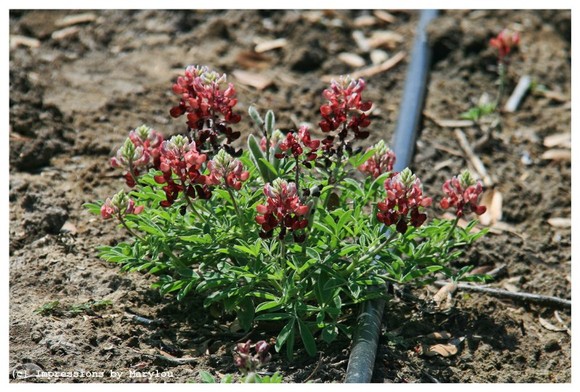 And lots of other very pretty flowers. 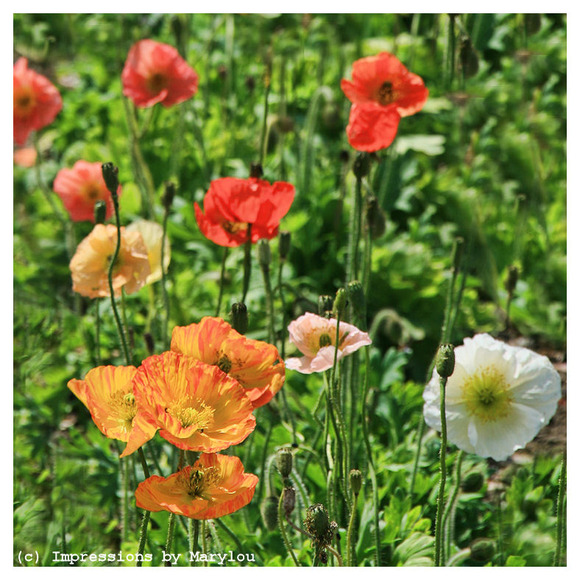 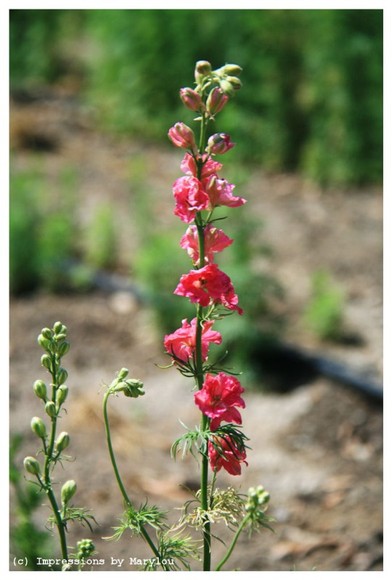 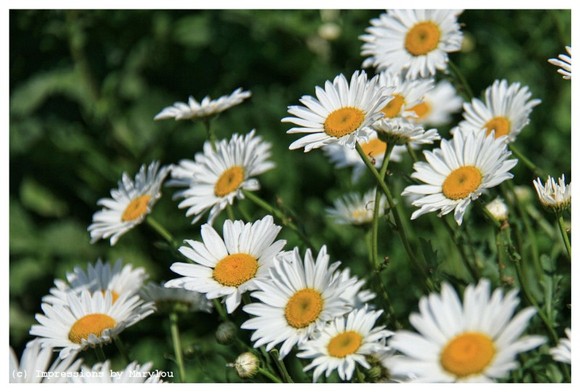 I had hoped to see poppy fields somewhere but the only ones the had blooming was in a fenced area by their entrance. 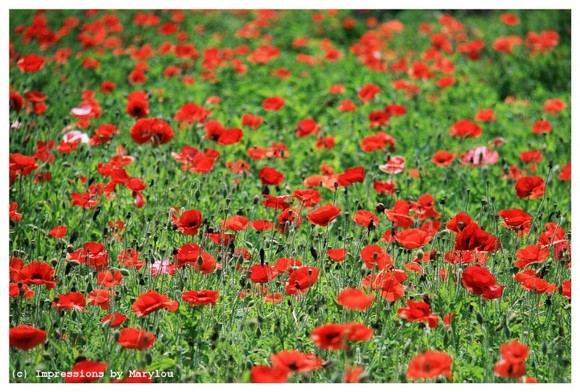 So just pretend there was a big field of them. 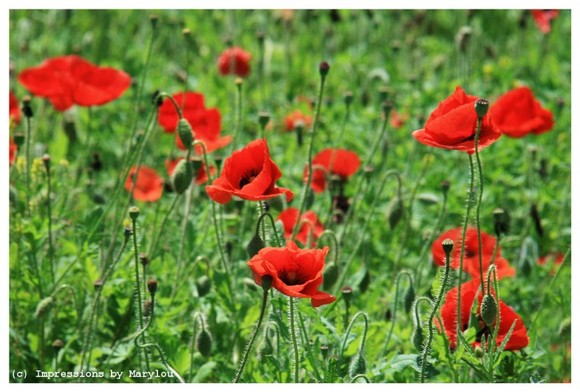 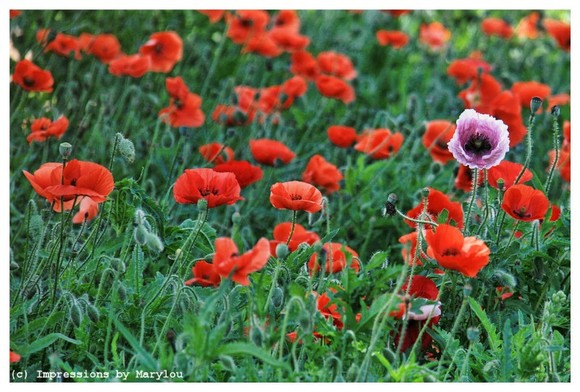 The hill country is beautiful in a rugged way. From what I understand, this is not typically a lush green place even on a normal spring. Don’t you have to admit, a scene like this 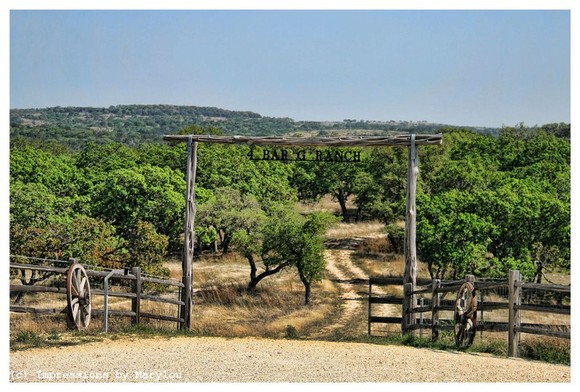 Near the end of the loop we stopped by a river and some waded for a bit. You could tell the water level was down by a foot or two. Lois shot a few for me and I did a force HDR with one of them. 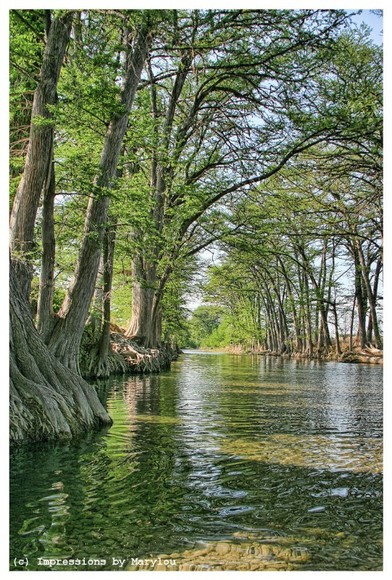 We ended the day by eating delicious Thai food at a restaurant at the edge of SA.

So sorry if you were hoping to see people pictures. Out of respect to those who don’t like to appear on the www it’s only scenery shots.