We’re probably the closest to snow that we will get for this year. Upper 30s with some precipitation. Down 8 degrees or so and it would be snow. Alas, we live in south GA so it is highly unlikely to happen. Meanwhile in California they are losing the majority of their citrus crop to ice storms.

When the going gets cold, the cold drink cappucino. Since I don’t have a Timmys nearby, I brought home a can to make my own english toffee concoction. 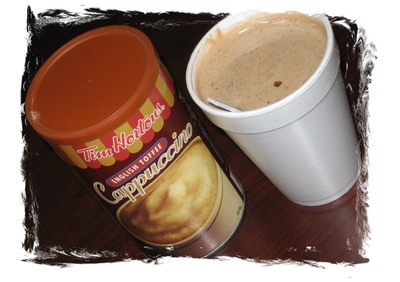 and these new stamps will warm your heart 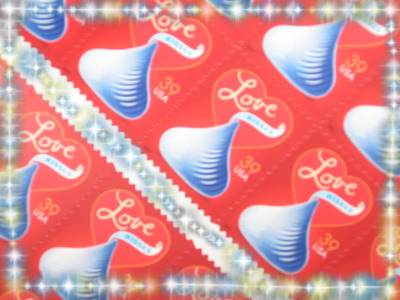 okay, enough of the cheesy pictures, and on to my office conversation pieces.

My grandparents had a really cool barometer which found an owner other than myself at the estate auction but I bought a similar one on ebay several years ago. It is supposed to be hung outside instead of a climate controlled area like my office but several weeks ago a low pressure system was moving in and this is what the barometer looked like: 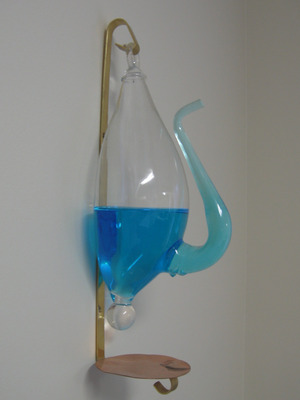 If you look close you will see several droplets at the bottom of the neck. On a normal day, the water level is the same in the body as in the neck. When the pressure inside the glass builds, it forces the water up the spout. The only way that air can get out is through the neck. I also have a temperature gauge that is not very accurate, but pretty to look at: 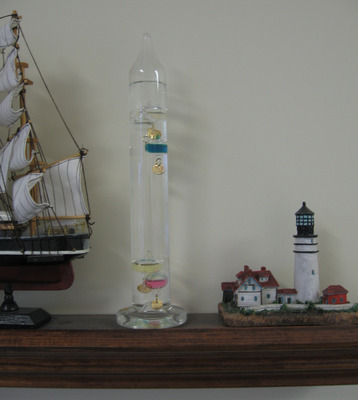 The lowest floating glass bubble is supposed to be within 2 degrees but like I said, it is not very accurate. Who am I to complain…? I got it free from an office supply place with an order.

I’m cheap like that. I also have 2 tool sets here that I got with other orders.

This weekend I will be staying with 4 boys ages 5-12 while their parents are gone for the weekend. Probably I’ll get in some basketball and football if I so desire. They love the refrigerator biscuit “donuts” so we’ll work that into the menu. Oh, and Andy Griffith, Buster Keaton and the old animated version of Gulliver’s Travels.

Have a blessed weekend! I’m sure mine will not be boring!!!