Sunday we had a baby shower for Gina, who is expecting her first girl after 4 active boys. They’re the kind of boys that people say are “all boy.” Come to think of it, have you every heard a parent (or anyone else) say a boy is “part boy”? I think not. I’ll let you draw your own conclusion to that. You probably would anyway.

No, I’m not grouchy. Just feeling catty. Whatever that means.

So as I was saying, we threw a shower for Gina. Wait, how do you throw a shower, anyway?? Okay, okay. On with the details.

There was lots of pink around: in the decor, in the food, in the gifts. We are all happy Stan and Gina are having a girl. Tickled pink, actually. Ha Ha

We played several games, one included some name suggestions for their baby girl. Each person was supposed to write 2 names on small pieces of paper – one they liked, one they didn’t. We mixed the names up and everyone pulled two back out of the basket to create a first and last name. It was interesting hearing the combinations. We should have written them down. There were some real doozies! Including Elizabeth Elizabeth. One person pulled two slips with the same name. There were other mentionables and unmentionables: Mia, Matilda, Bertha, Agatha, Hannah and the list goes on. It’s probably good we didn’t know which names were the liked and which were the disliked. Wouldn’t want any feelings getting hurt.

It got me to thinking about names and how a parent should probably make sure their child is not given a cruel name, one that will incur much teasing and harassment. There are a few such names around. I found a website that lists names and meanings. It also lists the top 10, top 100, top whatever names of US-born babies from the late 1800s to 2007.

Since old names have become more popular in the last number of years, I decided to see if they’re was a trend. Here is what I found for the last 120 years, picking every ten years.

From 1947 on, Michael was in the top 10, with five times in first place. So, if your name is Michael, you should feel very special. Or not. I can’t tell for sure. If you ask me, the girl names are way trendier than the boys. I wonder why? When we were young, we thought names like Patricia and Priscilla were THE BOMB.

Mary made it in the top 10 nine times and was first place 6 out of those 9 times. Then in the 70s we Marys fell out of grace and the names moved on to totally different names. Looking at that list, don’t you feel the subtle shift in names after the 70s? Must’ve been some decade.

Just a few pictures so you aren’t completely bored with this whole name thing. 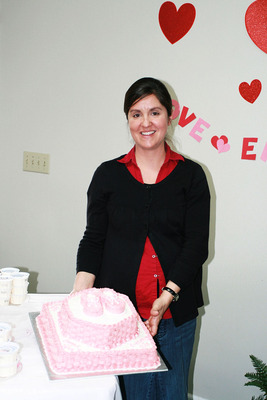 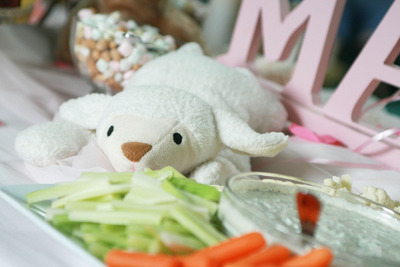 a little lamb stealthily creeping up on the veggies and dip – sheep are vegetarians, you know. 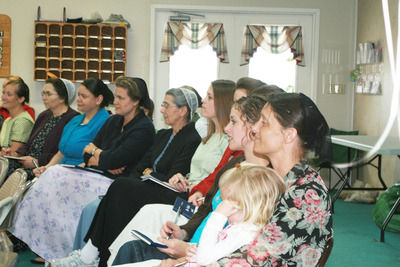 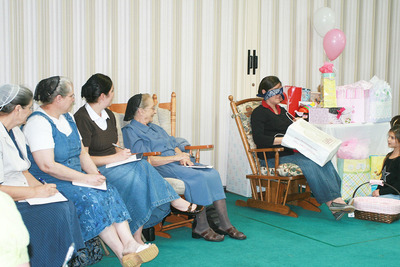 blindfolded, pulling baby items out of a bag and identifying them 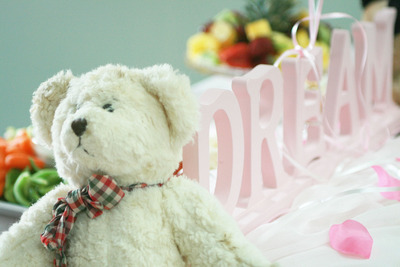 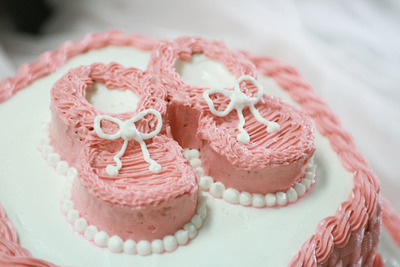 the beautiful cake Andrea  made and decorated 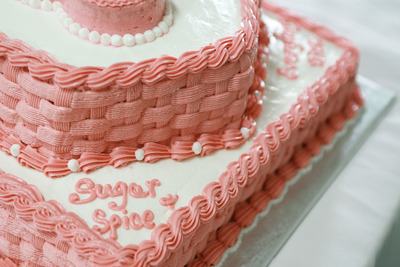 something tells me there is more cake decorating in her future 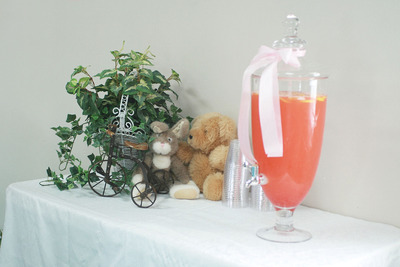 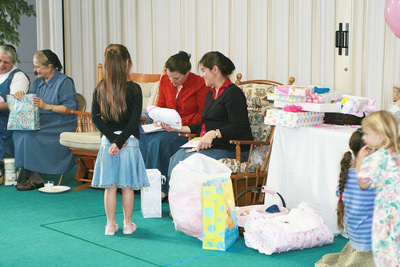 last but not least the gifts

Of course, if you’ve been reading my blog for any length of time, you know by now that “a few pictures on Marylou’s site” is an oxymoron.