I know some of you’ve heard me mention poutine before so if this sounds like it’s a bit redundant, glance at the pictures and move on. For those who have Deep South roots but have been uprooted, and talk of Southern Soul Food is a painful topic, I apologize in advance for the emotional pain this part of the post may bring on.

“Quebecian” comfort food is poutine. Here in the south we know a lot about comfort food. We have fried chicken, rice with okra and ‘maters, many different kinds of peas and beans including but not limited to: black-eyed peas, field peas with snap beans, lima beans, and they are all cooked to oblivion and served over rice, we have biscuits, and macaroni pie, which is not quite the same as mac and cheese. Macaroni pie has eggs, milk and sharp cheddar cheese. And everything is cooked in butter, if you believe Paula Deen. Oh, and we have sweet tea. How could I have forgotten sweet tea? Or peach cobbler? Or key lime pie?

So, anyway, this is supposed to be about Canadian comfort food, not southern. Just wanted to whet your appetite a little. Poutine (pronounced pooh-teen or pooh-tin) comes from Quebec, according to wikipedia. And the version I’m familiar with is fries, topped with cheddar cheese curds and gravy. To me, the gravy is what made the difference. When I was in Alberta with Christy in November, I got some at Swiss Chalet and then later at A&W. Gotta say A&W’s just hit the spot. Of course, it may have been because we had just finished a long day of wedding photography and were hungry.

I’ve attempted to make it before but this past winter I tried it again and it was as close to A&W’s as I could imagine. We had just been to Holmes County so I bought some cheese curds. I LOVE cheese curds and it’s good that I don’t live close to where they live. You could make poutine with a mild flavored white cheese, such as farmers or Monterey jack, but for me it’s best to assume curds are the ONLY option, so as to not get tempted to make it often. 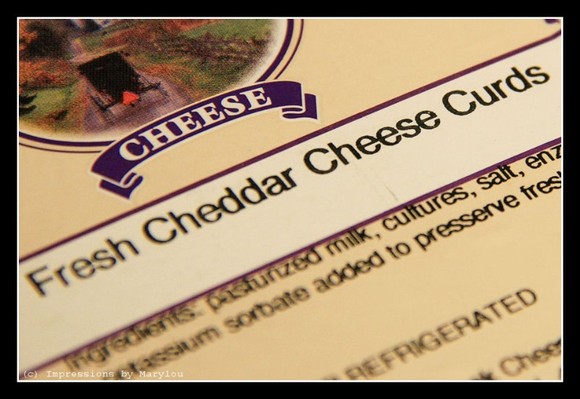 I don’t have an exact recipe to share with you, but here’s kinda how it’s made, give or take a few cups, teaspoons or pinches.

I found some frozen fries that were in dire need of being eaten, and stuck them in the oven to bake them. If you enjoy making homemade french fries, by all means, fry ‘em up. 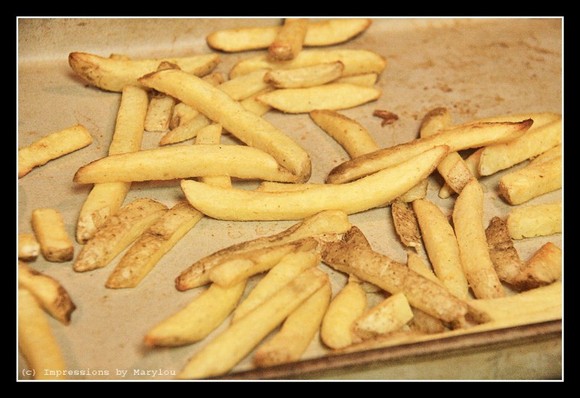 Make a roux by throwing some flour and oil (veggie, canola, olive or other) in a frying pan. 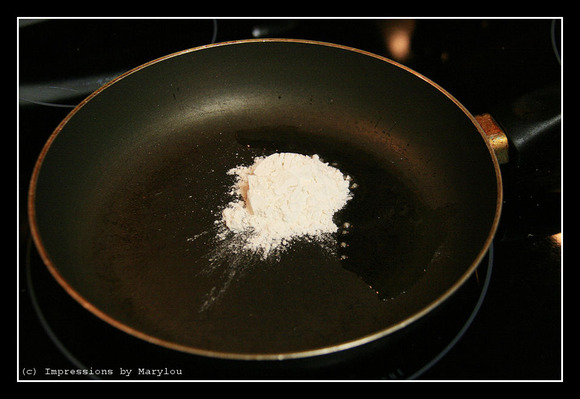 Over medium heat, keep it stirred until it turns a golden brown. 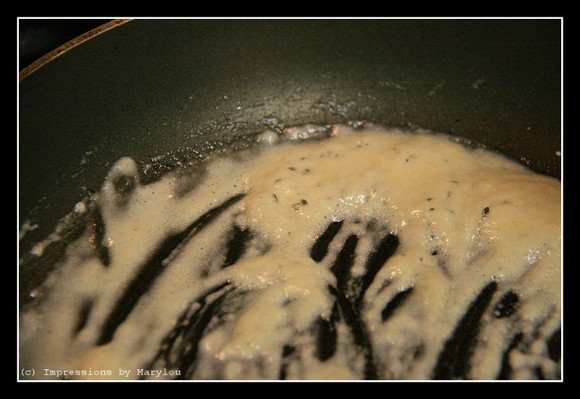 Slowly pour in beef broth, stirring as you go. Let it simmer until it thickens into a nice gravy. I think the ratio I used was 1 cup of broth to 1 T. each of oil and flour. Salt to taste. 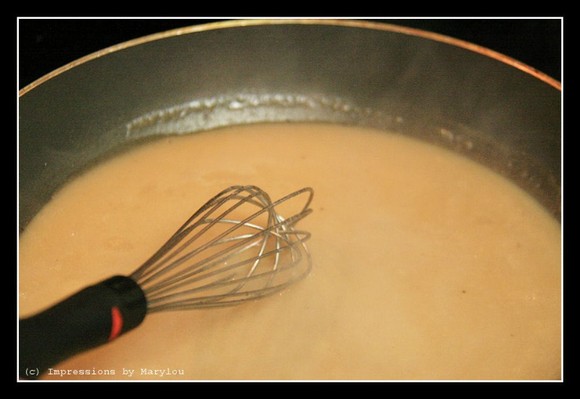 Place your fries in your serving bowl, place the curds over top of the fries and pour on the hot gravy. You want the cheese to get melted enough to be stringy. 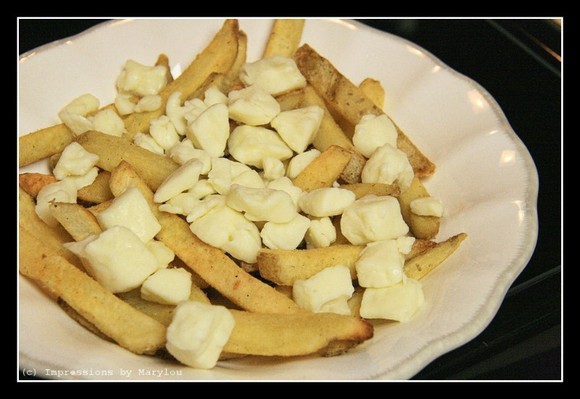 Goodness that’s alot of cheese! You really don’t have to use that much. Let’s just say I was trying to o.d. on calcium. 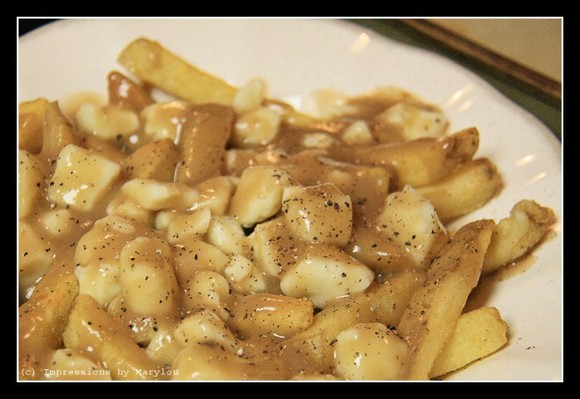 Sprinkle some black pepper over top and dig in. These pictures are about 4 months old and I’ll just have to look at them for a while. There are no curds in my near future. Sad. My cousin Twila who lives in Wisconsin dairy country told me that the A&Ws there sell fried cheese curds. Oh my!