We went to VA last weekend for the wedding of a cousin but it was adventure getting there. First of all who was going and how we were going changed about 7 times before we actually left on Thursday. So it ended up being my parents, who are going to stay in VA for 2 weeks, and Lois and I, and our 3 nieces who drove over the night before.

When we got to the next decent sized town (all of 30 miles) the van Lois was driving developed a flat tire from a bolt it took on somewhere and went from thump, thump, thumping from the bolt to throwing the bolt and going flat tire in a minute or two. While we waited on AAA’s contact to help us out, I took my car up to the Jiffy Lube and got the oil change and car wash that I didn’t get down before our last minute change of plans. After that was done, the van tire still wasn’t taken care of. So we shopped a bit then came back just as the road service man showed up. Long story somewhat shorter, it was cheaper to come back to the tire place where Daddy got the tire since it was under warranty so the rest of us went on to Savannah and shopped a little and ate lunch at the mall.

Instead of taking 8 hours or so, it was nearly 12 until we arrived safe, sound and tired. The rest of the weekend was less dramatic but no less funny. There were many quotes I should’ve written down but I was having too much fun to take the time. 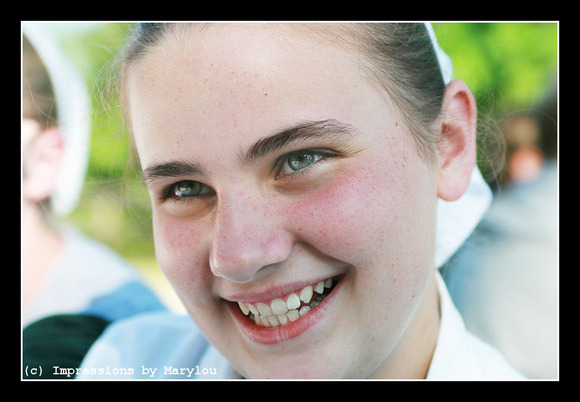 I didn’t take any pictures other than at the wedding. Having too much fun, as I said. 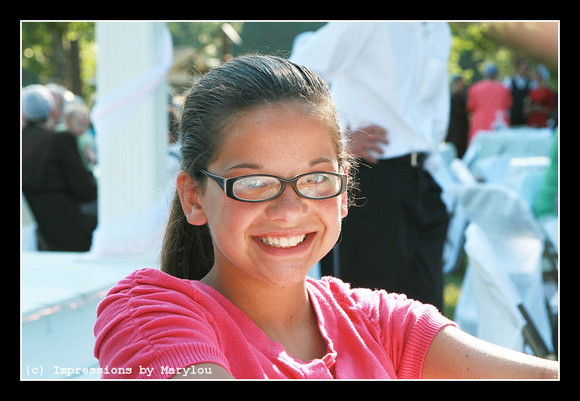 There was one quote I will mention that some young man made. We were talking about people who aren’t related look each other and that everyone has a twin somewhere. Anonymous piped up and said he knows who his twin is: Schwarzenegger. 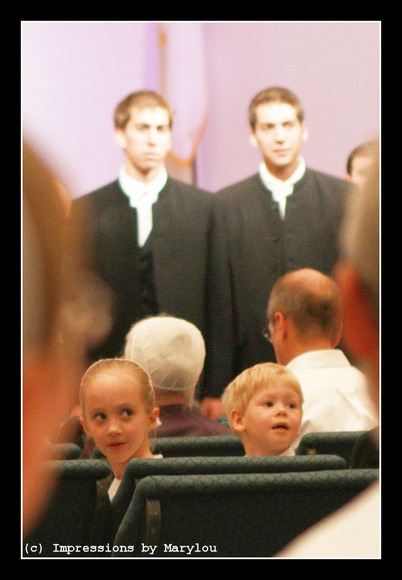 Carolyn and Keith had their reception outside at her brother James’ place. Very beautiful setting! When we first got there the evening sun was quite bright and warm but not uncomfortably so due to a nice breeze. 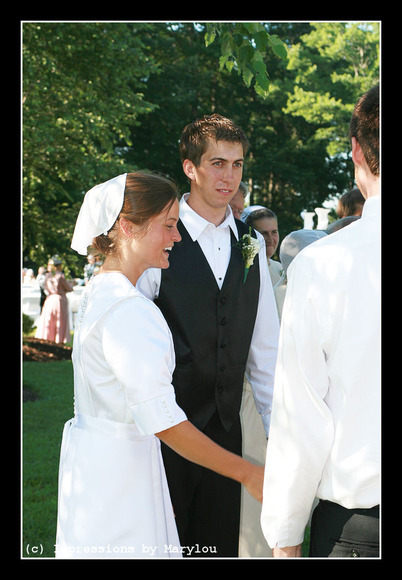 After the sun went behind the trees it got nearly cool. What a blessing because the previous day and the following day were quite a bit warmer. 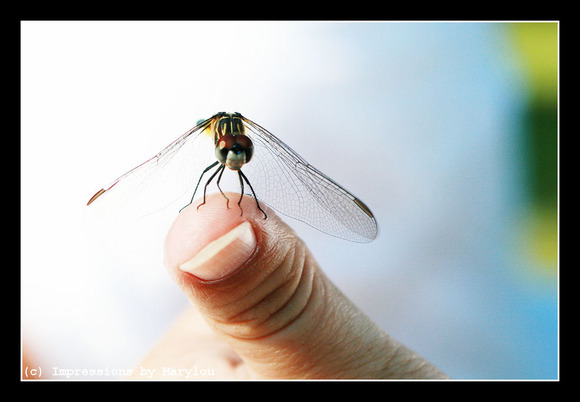 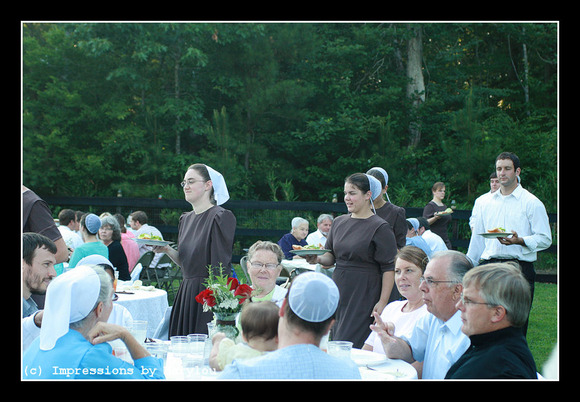 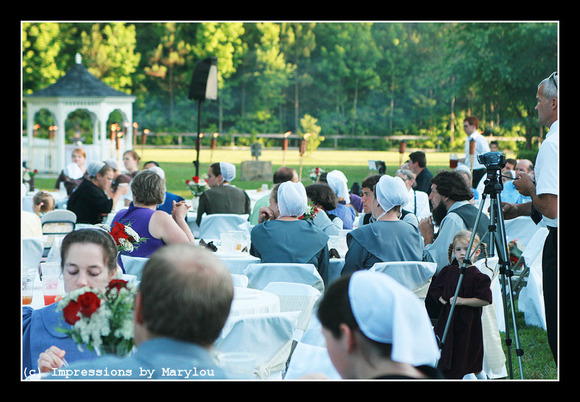 Marji and Tommy are back from Kenya for a month or two so it was great to see them again. And no, Marji, isn’t looking past Lois for no reason. I’m back there but since I looked like I was meditating on some unseen thing in the sky I cropped me out. 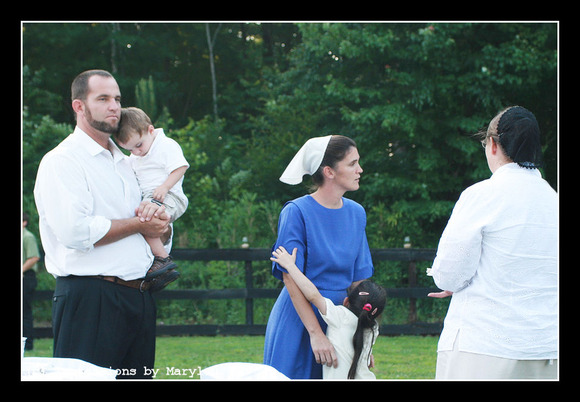 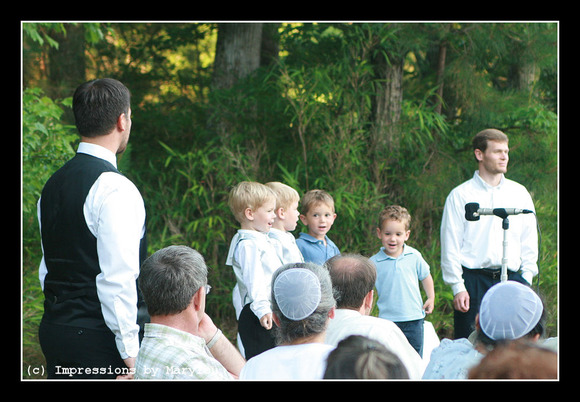 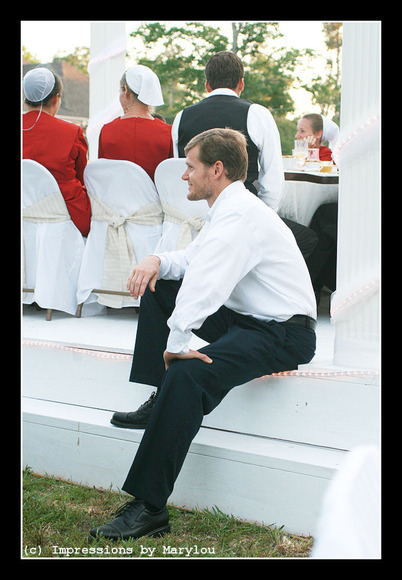 Oh, and there was cheesecake to wrap things up. This was a delicously rich mocha confection. 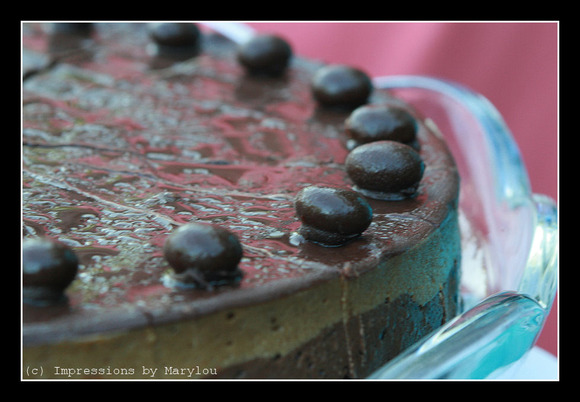 And we traveled back home on Sunday, stopping for supper at IHOP halfway home, where we encountered more interesting experiences and watched a thunderstorm thunder it’s way through the town, kablamming and rumbling as it went.

The next day Lois took the nieces and my car out to learn how to drive stick shift while I was at work. I heard there was much hilarity and a little high blood pressure.