photos that didn’t get posted.

I recently went through some pictures I had taken over past couple of months. I know for some summer is nearly over but we have had a hot dry summer and the hot will probably stay for another month or two. Sounds like heat has hit many places and as dry as we’ve had it at times, we’ve had weeks where things were lush and green as well.

Our garden did not do so great this year. In fact, it was downright poor. The tomatoes got blight. The ants kept wanting to eat everything they could get their mouths on. Last year I put up pints and pints of pickles. This year the neighbor dogs dug up one of our cucumber plants, and the surviving cucumber only produced about 5 cukes. 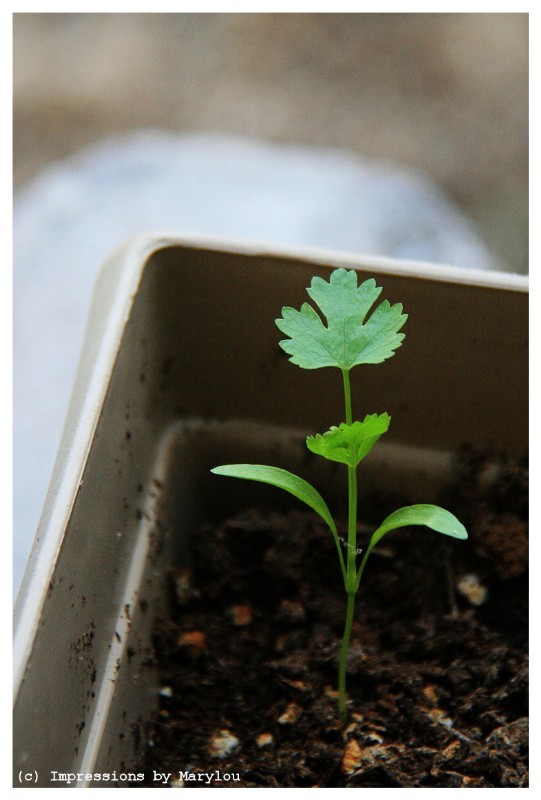 I started cilantro and dill from seeds and they did pretty good. However, I somehow don’t like the flavor of the homegrown cilantro. I have no idea why. Just tastes different from the bunches from the grocery store.

We are getting a good amount of jalapeno & banana peppers off our plants. Most years they will produce up until the first had frosts and one year we pulled the plant out around Christmas. Guess the ants don’t like them as well!

Lois planted soybeans and got a nice picking off of them.

We had access to lots of Vidalia onions, although most of these “lots” got sent to Faith Builders. In case you’ve never had them, Vidalia onions are very mild, “sweet” onions that can only be called Vidalias if they’re grown within certain radius of the city of Vidalia. The company (Bland Farms) that is the main grower also has onion farms in Peru. If I understand correctly the soil type is similar, also producing a “sweet” onion. They are sold in grocery stores. [Okay, after visiting their website, I see they grow them in 4 states and 5 countries other than the U.S.] 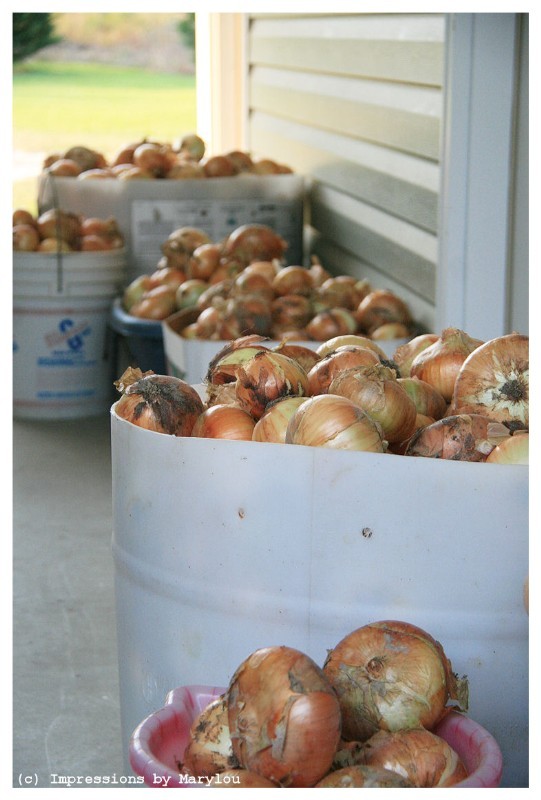 Back at the driest part of the summer there were a number of forest fires in this part of the state. The biggest one being in Okefenokee Swamp Park. It can slow burn there for a long time if there isn’t enough rain to put it out. Many days it looked like this: 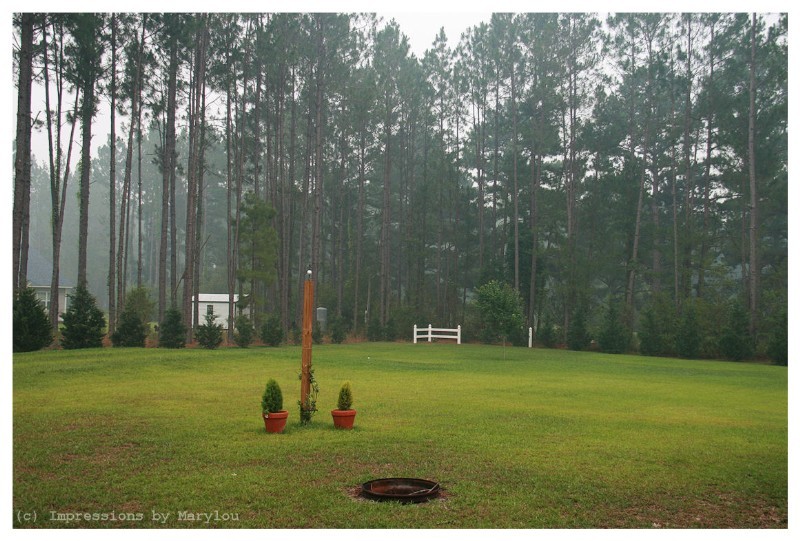 And then the wind would shift and it would be clear again. 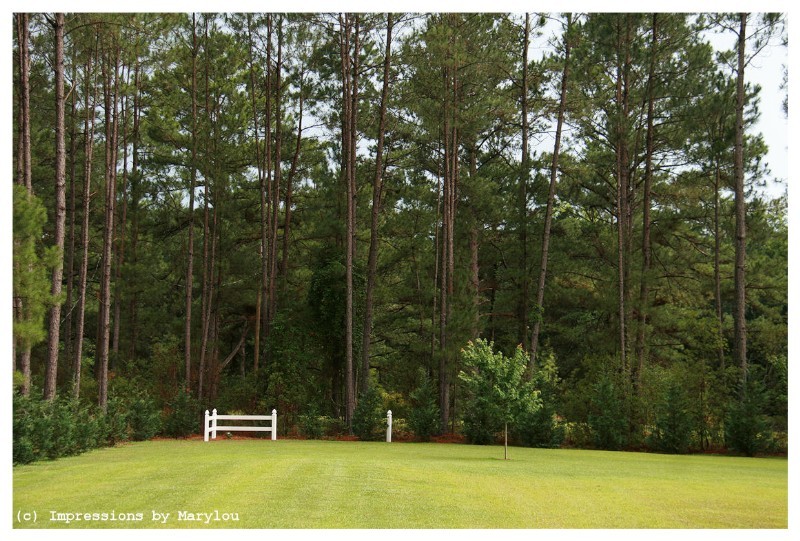 I have not seen much smoke for sometime so I’m guessing we had enough rain to take care of it.

Yes, our lawn needs some fertilizer. Because it was so dry we didn’t feed it as often as normal so it wouldn’t get “burned.”

My pet flowers aka Gerbera Daisies: 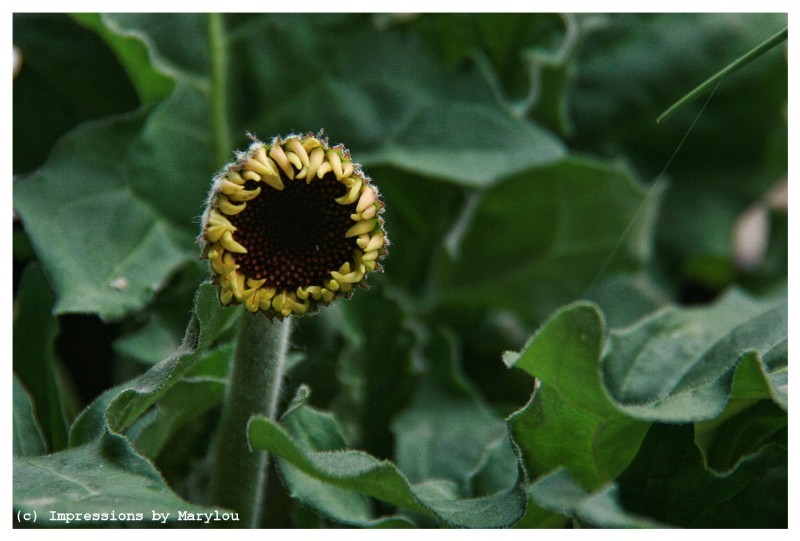 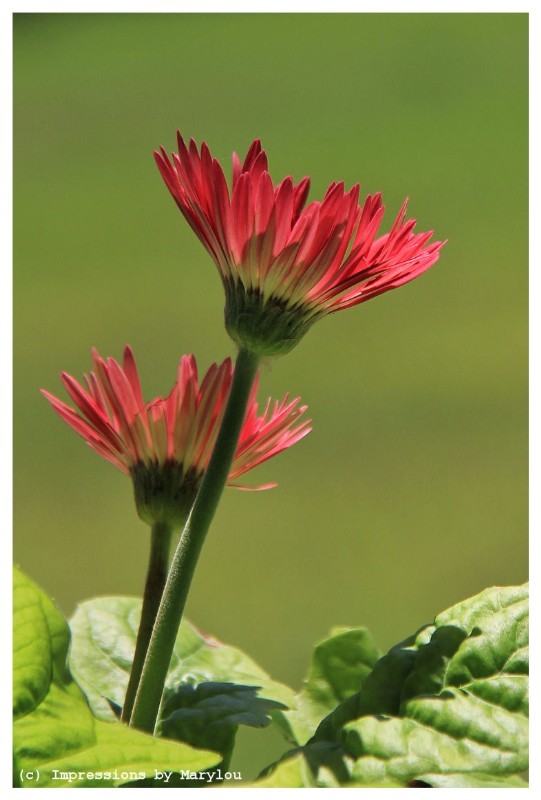 I have one plant that stayed nice and green all summer but it has yet to produce a bloom. Wow. Is this post sounding melancholy to the rest of you?

I had to run over to a friend’s house one evening to pick something up. There was a beautiful rainbow that was very low to the ground. I don’t think I’ve seen one quite like it. 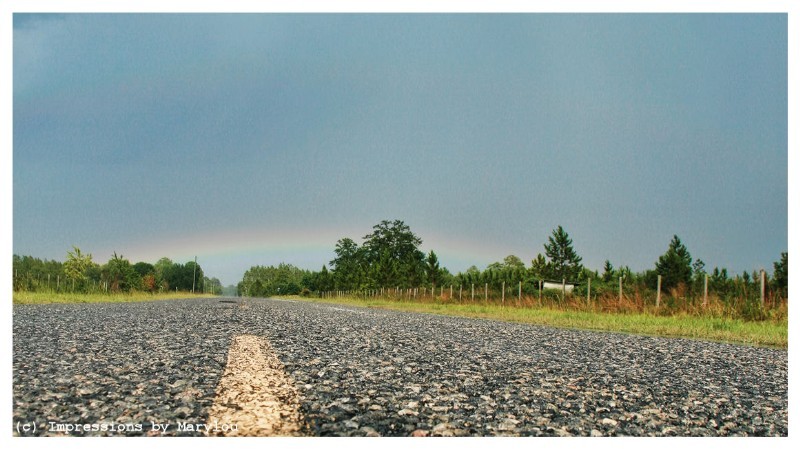 From the perspective of an armadillo. ^ 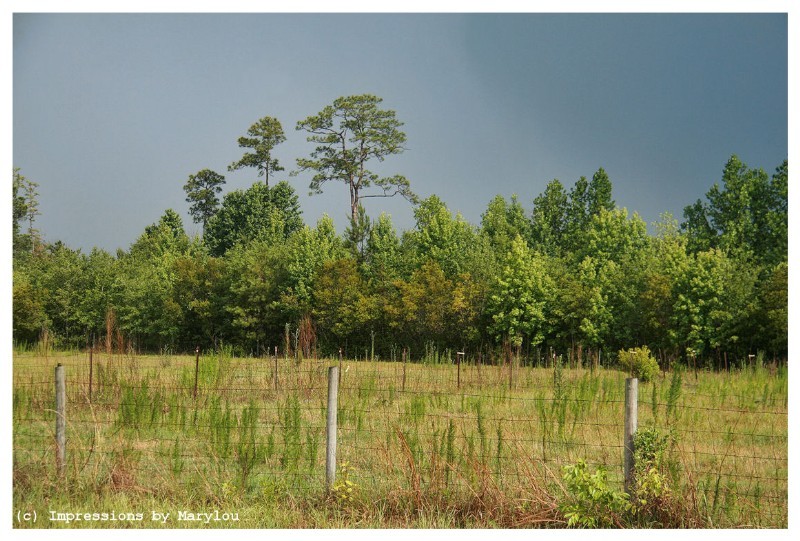 Ummm. Not sure what to say about this one. Although it’s pretty typical of southeast GA.

On to my friend’s house and her adorable kittens were playing outside but they wouldn’t let me hold them. 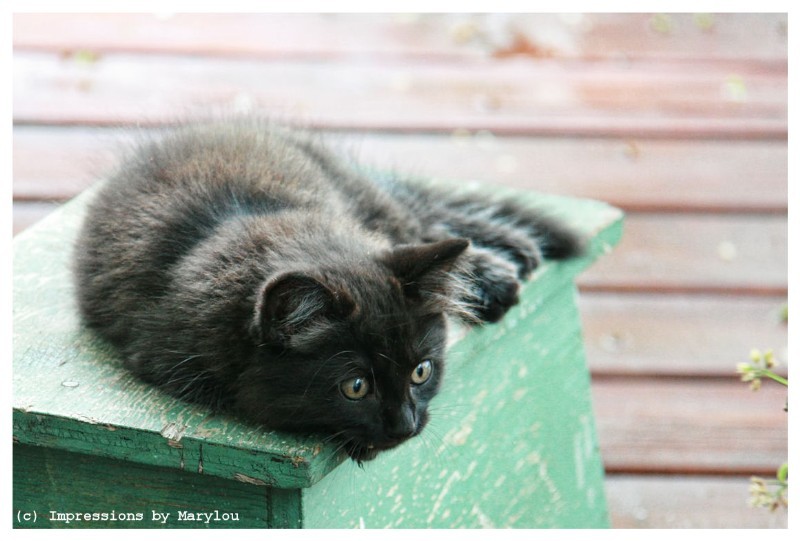 Seriously now, would one of these make such a nicer pet than ones who run off with your shoes, and dig up flowerbeds and gardens??!!! 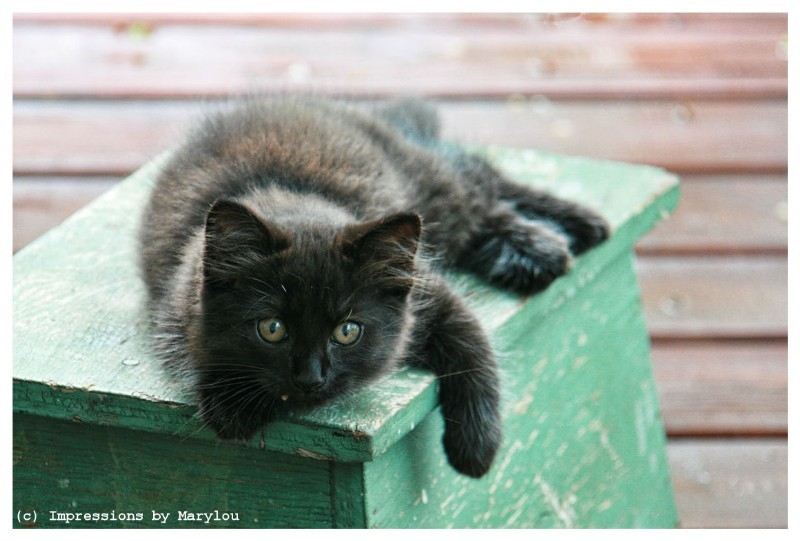 I was over at my parents one evening and enjoyed the lovely evening sun. Which reveals all the bugs in the air. Can you see them? 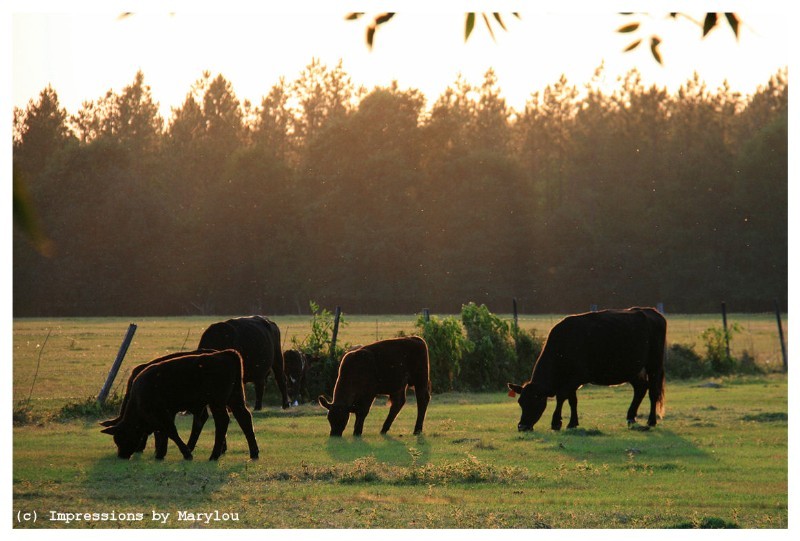 Nonetheless this is the golden hour and I wonder why I don’t get out more during this time to shoot. 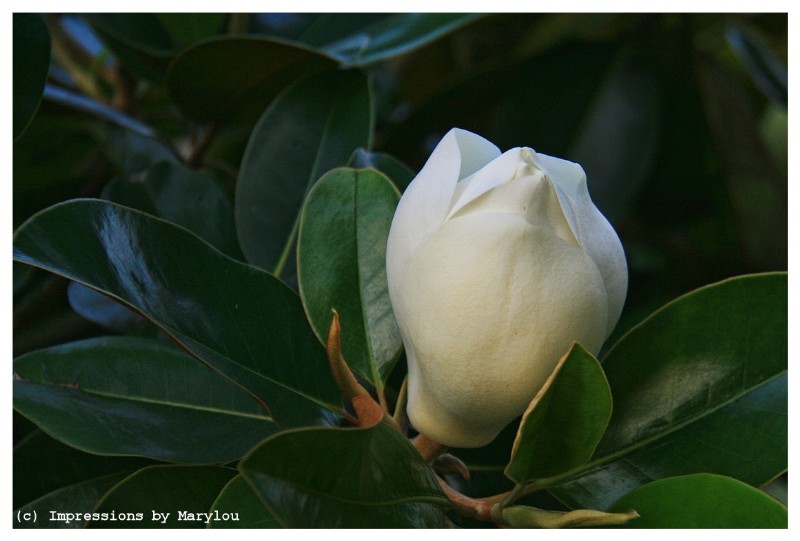 Oh, and peaches! How can a summer be complete without fresh peaches? We were over to the peachy side of the state for my niece’s baptism. So we picked up a van load to bring back. Oh my, they were good!!! 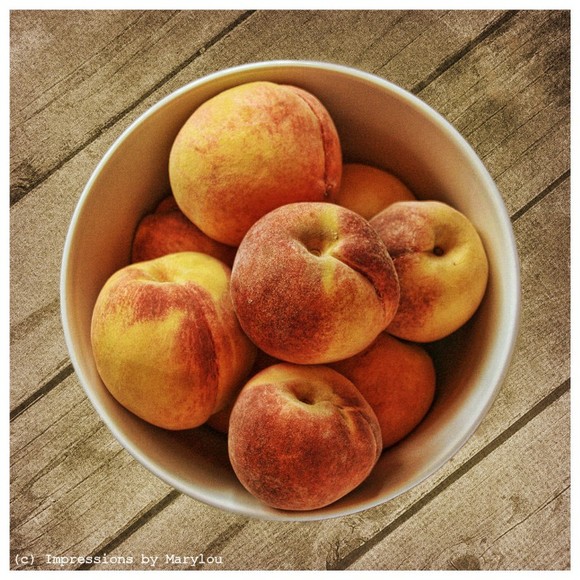 Well, that’s it for now. 🙂 Hope your summer is a good one!