After limping around all week, I think I’m through the worst of The Spider Bite. To give you a little background to it all, last Saturday Lois, Myra (our school teacher from IN) and I went to Perry for a fundraiser auction for MCC. It was an interesting day and although we didn’t spend much money, we did see friends and family we hadn’t seen in a while.

Before we left the fairgrounds we walked through the barn housing Paso Fino horses there for some event. We went over to the arena to watch them exercise. None of us had ever seen PF horses before and to be real honest, we thought their gait (which their famous for) was really odd! Anyway, while standing their watching, I felt something bite the outside of my thigh, about halfway up. It was itchy and I remember commenting that something had bit me and scratched at it abit but it was forgotten within 10 minutes. It never occurred to me to see what it was.

The next morning when getting ready for church, I noticed that spot was just a little sore. I showed it to Lois and she said not to worry about it unless I started with a fever. By Monday evening, I could feel a little ball inside but it didn’t hurt very much. Tuesday it finally starting looking pretty red and tight and was getting more painful. By beditme I was running a slight fever. I would’ve got it checked out Tuesday but I had too much going on that day.

I went to the doctor Wednesday and he said it looked like an spider bite that had gotten infected. He put me on antibiotics and for the next 2 nights I got a slight fever in the evenings, even though I felt find during the day.

By Friday the antibiotics had kicked in full throttle and I felt good, except for the pain from walking, but nothing that Advil couldn’t handle.

It still hadn’t opened up yet and we knew there was “stuff” that needed to come out. Lois gave me a soft brush to help open it but it wasn’t ready. As if I didn’t already have enough drama going on, yesterday I got a call saying my office just may be flooded. It had poured in town and the drains can’t handle to big of a downpour. I rushed in and got there just as the rain started again, and sloshed my way into the office. Thankfully, several years ago, after an episode of water seeping in all the way around the building,  someone had put down plastic and sand so this time, the only place it was wet was at the front door, where the water came over the threshold. 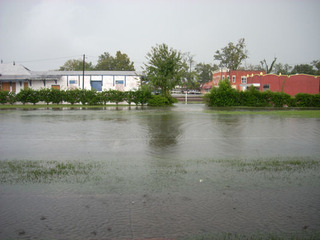 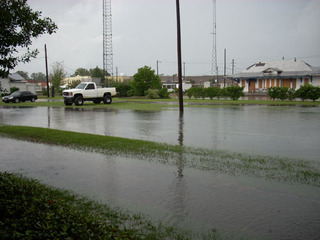 The view from the front door. 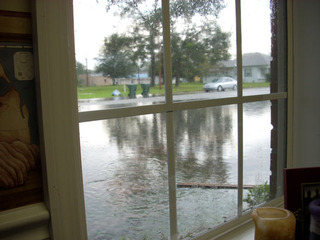 From the window by my desk. That’s my car in the background. 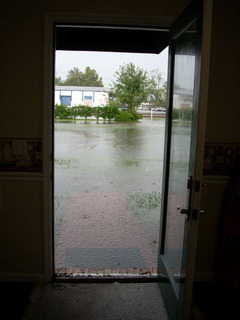 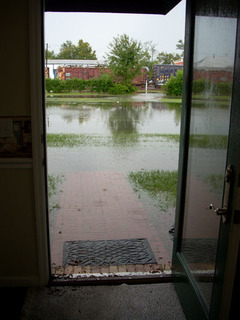 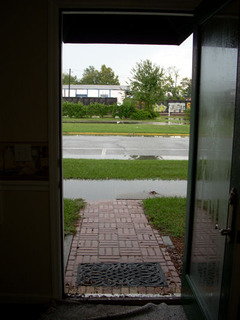 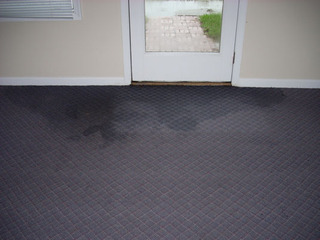 The only wet place in the building.

As you can see the building is built right on the ground. I don’t know why!

Are elevation is so low that it seems a foolhardy thing to do. It’s probably been flooded more than once. The carpet that was in when we first moved in smelled pretty musty.

It still looked like more rain so I pulled all the computers off the floor. It looks like a nightmare in there, but that will give me a good reason to do some fall cleaning on Monday, if I’m not at the hospital getting my wound lanced as the good doctor warned me could happen depending what it looks like by then.

This morning I was getting ready for church when my bite site finally opened up, causing my to give up plans for assembling with other saints. It is an impressive wound. Really gross, but impressive. If you think of it, pray that it continues to heal!! I’d appreciate it! And if you see an spiders on your person, you may want to knock them off!

They started clearing our land yesterday. Here are some before and after pictures. As you can see there are pines, pines and more pines. All of the lots now have them along the perimeter. We have a big enough lot to add some nice shade trees later. 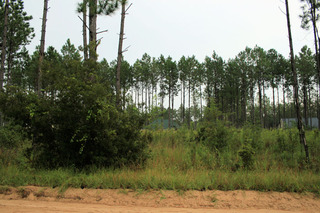 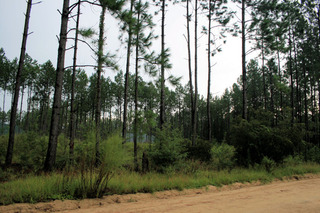 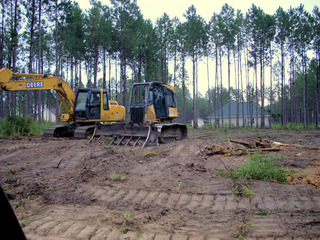 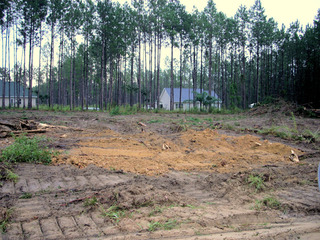 Pardon the color difference, I had two different cameras.

What it feels like to be a land owner. My sis & I now own an acre of land
How painful a spider (?) bite can be

Things I’ve done because I had to:

Clean out closets, drawers in anticipation of a garage sale
Read through construction job requirements of the government (yawn)
Trimmed my nails

Having some of my family home for a weekend in August
A delicious seafood supper at Pelican’s Point w/my family
Swimming w/my family
Talking & laughing w/my family
Eating delicious scuppernong and muscadine grapes
A break in the intense summer heat
Labor Day cookout at Wes and Ginny’s
Looking at new house details with Lois
Spending quality time with my rebel
Having a cousin and her family, and my aunt and uncle as overnight guests
Holding the new babies, Zoe & Caden
Taking a picnic supper to Jekyll Island with Ginny and Jamie
Girls night out with Jamie, Becky, Lois and Myra – a little shopping and very fun supper at Chilis. Our poor waiter! 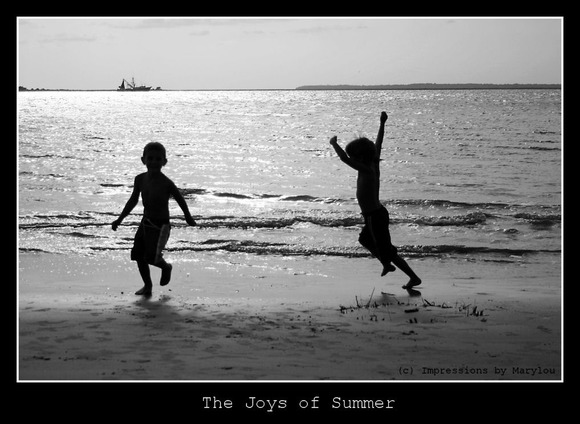 We have been having some magnificant cloud formations the last couple of days. Does a lot to spruce up a picture. I really do more than just take pictures. I promise to post something besides pictures one of these days!!!

I drove to Darien for more boat pictures, desperately praying for the skies to clear so I could get something good. Well, not only did the skies clear, but God gave me a rainbow and a beautiful sunset. 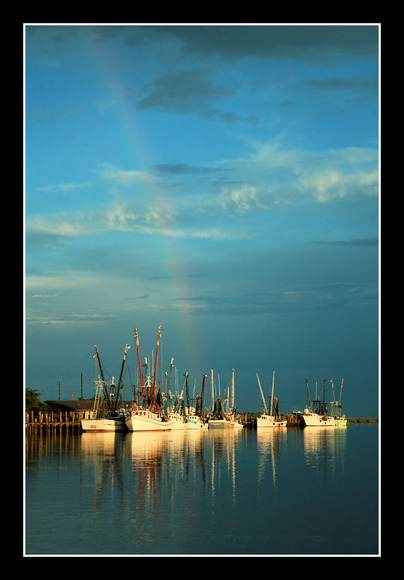 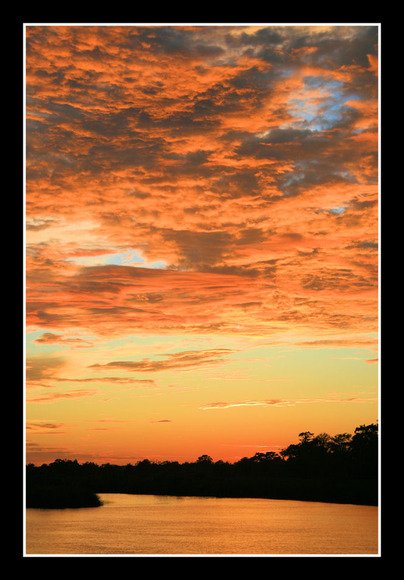 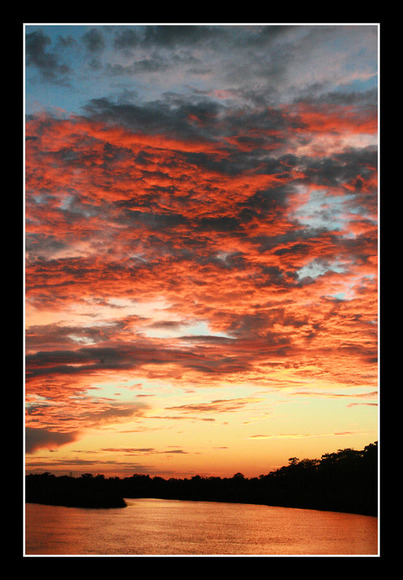 From the lake close to my house: 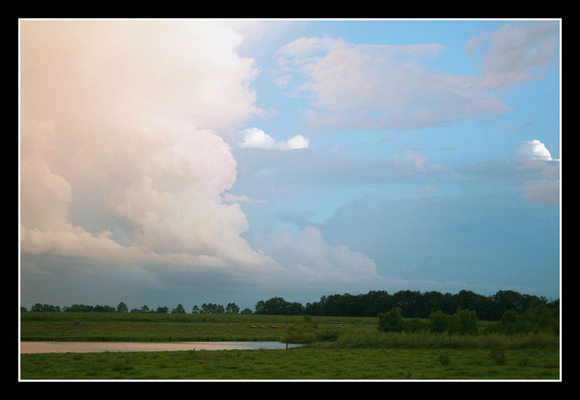 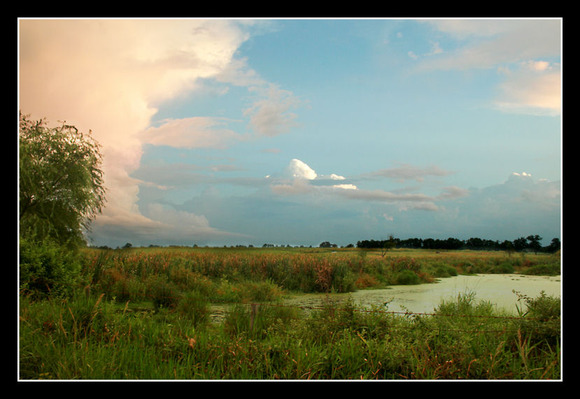 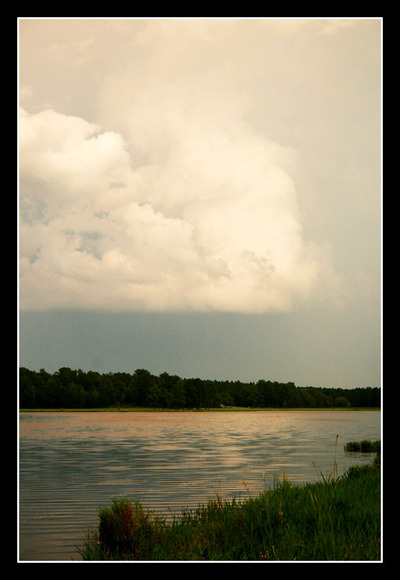 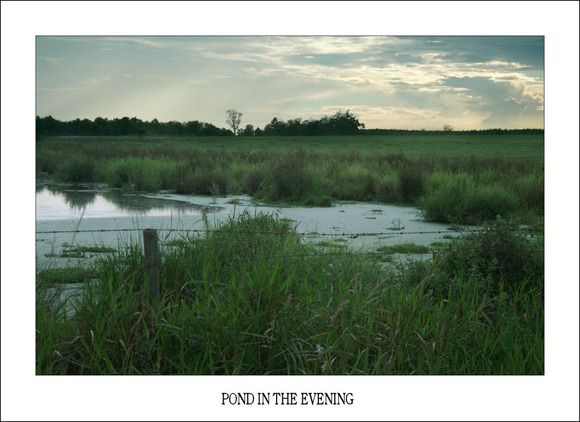 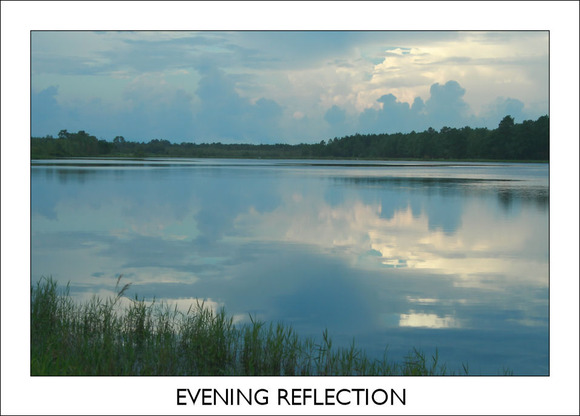 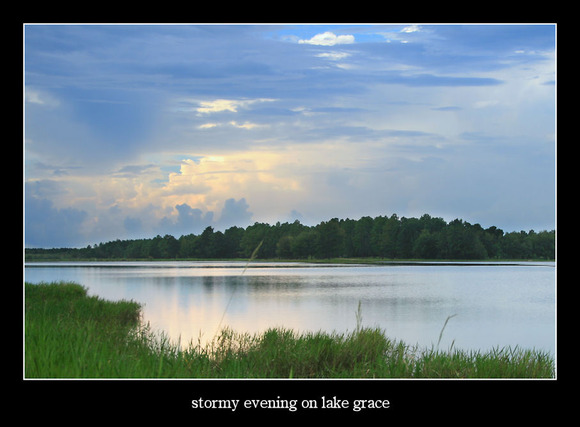